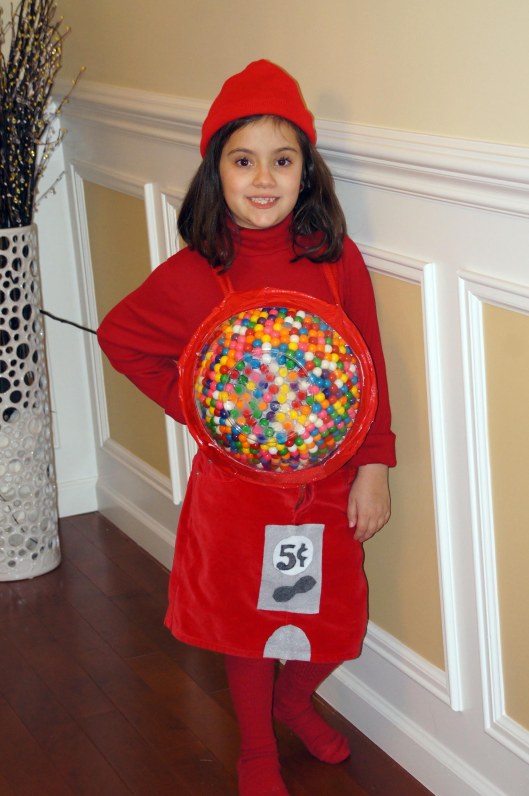 For my kids, Halloween begins in June. Yes June.  This is when they start to discuss what they want to be for Halloween in October. They need to “lock” in their 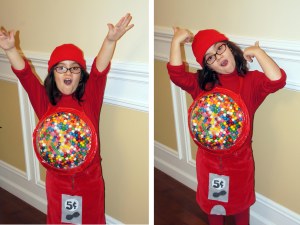 costume request by August because  I generally make their costumes every year.  Since I travel for work, I need every minute I can get. Plus these kids can get pretty crazy with their requests.  Let’s see they have been Starbucks Cups, Sock Monkeys, An iPhone (with a real lit up screen) Sushi, Angry Bird, Hello kitty and a slew of other things.

This year my son made it easy for me.  He wanted to be Peeta from the Hunger Games, so he 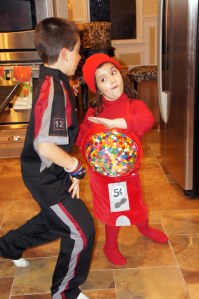 wore an official district 12 training suit.  The only thing I needed to do for his costume were a few props.  My daughter on the other hand wanted to be a a RED gumball machine. The costume was fun to make, but it took some time.

Oh and another reason I need soo much time?  WEATHER.  This year we were hit with Hurricane Sandy. Halloween in our neighborhood was officially cancelled since we were with out power for over a week, which also made finishing the costumes in the dark a bit challenging. Oh and the year before? We had a snow storm and lost power!  I put the finishing stitches on the costumes by candle light. Quite funny!

So these pictures reflect the kids playing in  their costumes  sometime in November. Of course my daughter needs to be a ham and actually try and fit herself in the fridge! 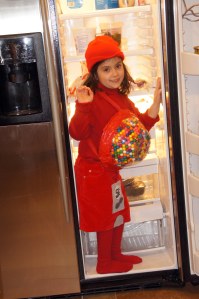 7 thoughts on “R is for Red Gumball Machine Costume”