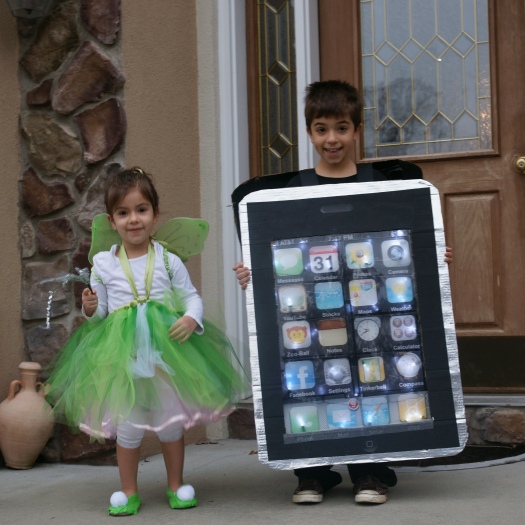 In 2009 I was two years in to making Halloween costumes for my kids. In 2007 our family went as a family of Starbucks Cups + Barista and in 2008 we were Sushi Rolls, A Sushi Chef and a Kikkoman Soy Sauce packet.  I thought the pressure was on in 2008, but in 2009 my son asked to be an iphone. At first I was a bit conflicted…. I do work for a competitor….. but he REALLY wanted to be an iphone. So I went to work sketching, cutting and “photoshopping”  THEN my son threw me a curve ball. ” Don’t forget it has to light up!!!”  How was I going to do that?  Well for the first time EVER I was thankful for the stores having Christmas decorations out before Halloween was even over! I snatched up a few battery operated LED lights!

My daughter wanted to be Tinkerbell.  Ahh easy trip to the Disney store.. right?  WRONG… She wanted me to make a Tinkerbell costume.  Well I did and I tied in the two costumes by having a “Tinkerbell” app on the iphone. 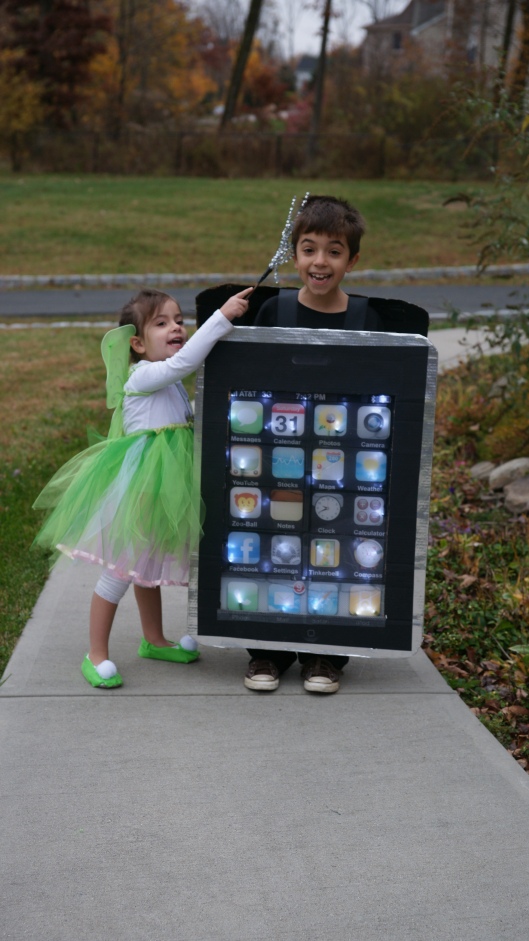 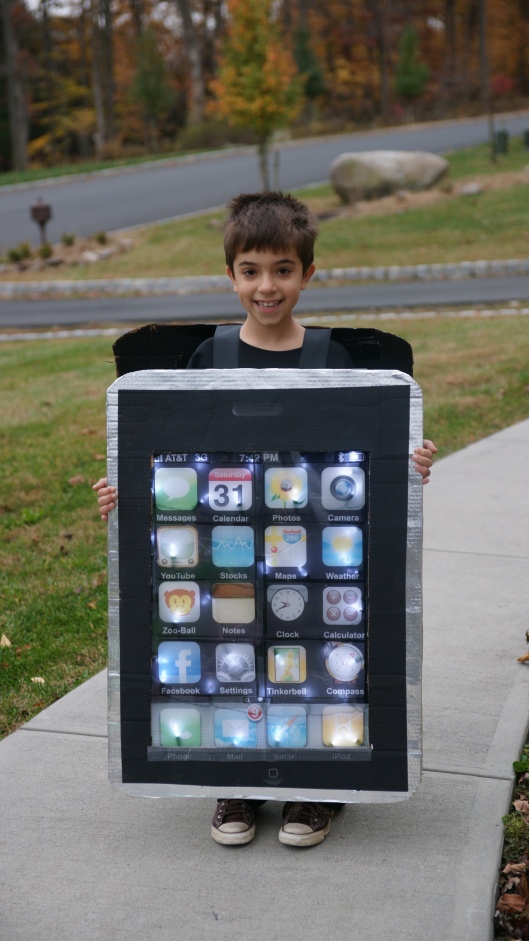